'I was a backup singer for Idris Abdulkareem' – Timaya

Popular dancehall singer Timaya has revealed he was a backup singer for acclaimed rapper Eedris Abdulkareem.

The ‘Ukwu’ singer who was a guest on the 9th episode of ‘The Juice’ season two with the host, Toolz, talked about his success and musical journey.

When asked about his music career. He said: ‘I started from church, before starting up as a backup for Eedris Abdulkareem for three years before exploring my music career.’

The singer presently has three albums and one collaborative album with Dem Mama Soldiers.

Popular posts from this blog 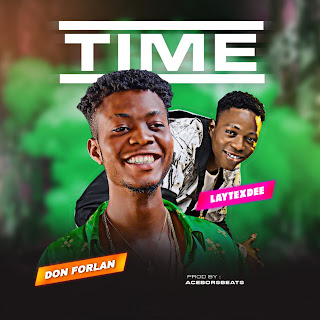 Enjoy new song by Don Forlan A.K.A. Charisma titled Time featuring popular Rapstar Laytexdee. Both have come with an enticing tune that will lift up your spirit and mode while still teaching you some good lessons. You can play and download the song below and don't forget to share with family and friends. Sharing is care. Download
Read more

Wizkid; The only Nigerian Artist featured on Billboard’s Hot 100

April 24, 2020
Wizkid is no doubt one of the biggest music stars to come out of Africa and he is closing 2020 in a big way as he is the only Nigerian artist to be named by Billboard on its Decade-end charts 100s. Wizkid Has showed his potential in the music industry and have shown that Wizkid can represent Africa in the world of music at large. Thanks to his feature on Canadian rapper, Drake’s hit song, “One Dance” that placed 35th on the list. The list comprises some of the biggest songs released in the 2010s and has musicians like Bruno Mars, Rihanna, Cardi B, Adele, Ed Sheeran, Travis Scott, Nicki Minaj, among many others making the list. When the decade began, the Billboard 200 albums chart was based purely on weekly sales. In December 2014, as retail waned and streaming swelled, the survey switched to a hybrid methodology ranking multi-metric consumption, as measured in equivalent album units (with units comprising traditional album sales, track equivalent albums and streaming equivalent albums)
Read more